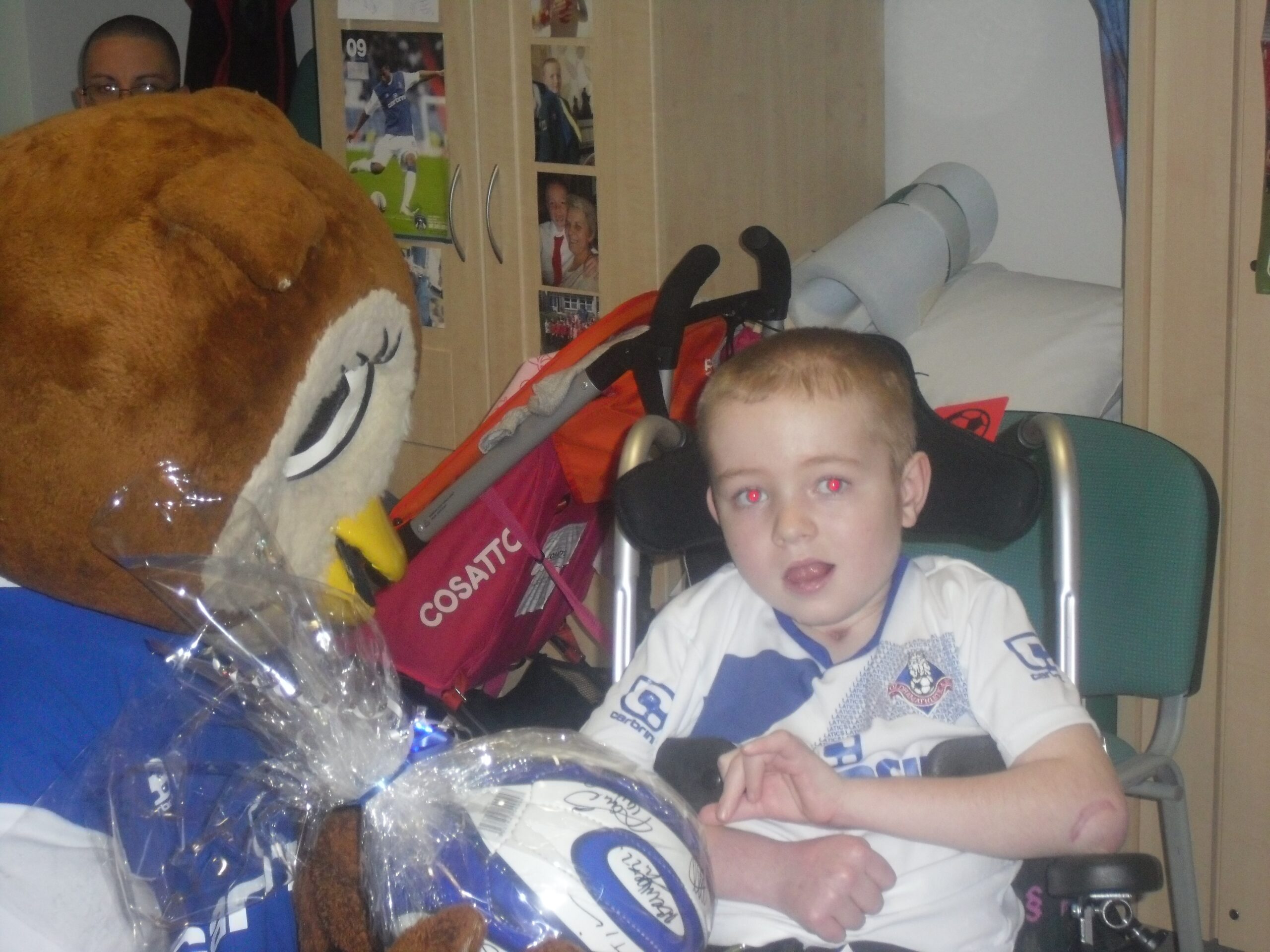 Mother of brain injury survivor urges children to Be Seen, Not Hurt

The mother of a 10 year old boy who was seriously injured following an accident on the road has lent her support to the Child Brain Injury Trust’s first ever road safety campaign, which takes place from 21 October 2013.

The aim of the “Be Seen, Not Hurt” campaign, is to bring awareness of the Child Brain Injury Trust to thousands of children and families across the UK.

Anita McQuillan, from Manchester, whose son Adam suffered a life-changing brain injury in 2011 after being hit by a car is supporting the charity’s “Be Seen, Not Hurt” campaign.

Anita said: “Adam was eight and a half when he was knocked down; he pressed the button at a set of traffic lights near our home, looked for traffic and – having decided the way was clear – rushed across the road. The driver didn’t see Adam and hit him full on.”

“He was admitted to hospital and doctors prepared us for the worst, saying that even if Adam did survive, the chances were that the brain injury he sustained was so severe that he wouldn’t be able to lead a full life. Almost two years on and while Adam has now been discharged from hospital it’s a constant battle to get him access to the care he needs.

“I fully support the Be Seen, Not Hurt campaign and hope that in sharing Adam’s story it will help the Child Brain Injury Trust and Thompsons drive home the message that we need to make sure children are as visible as possible when they’re using the road. I hope that together we can protect children from the terrible reality of brain injury.”

“We will be highlighting the dangers of roads for children at a number of events in schools across the country, encouraging them to be bright and seen when walking and cycling, and to wear an appropriate helmet and reflective clothing/lights when cycling, horse riding, scooting and skateboarding.”

The campaign is being sponsored by Thompsons Solicitors, who are representing Anita and Adam during their legal case.

Imogen Wetton, their solicitor, said: “I am proud to support Anita and Adam on their journey to secure the funds they need so that Adam can get the best possible lifetime care and rehabilitation.

“Thompsons helps hundreds of brain injury survivors each year but in supporting Anita and adding our voice to the Child Brain Injury Trust’s campaign we hope to be able to help countless more by seeking to reduce the number of people – especially children – being catastrophically injured in the first place.”

High visibility slap wraps will be given out at schools across the country as part of a series of awareness raising events.

You can read Adam’s story in full here http://childbraininjurytrust.blogspot.co.uk/