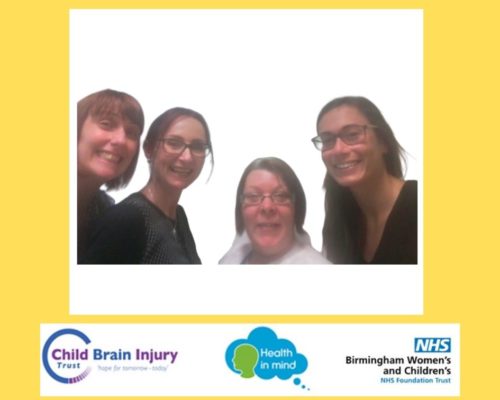 The Birmingham Rehabilitation Approach to Neuropsychology (BRAIN) Group supports young people and their families, following an Acquired Brain Injury (ABI). Two groups are run in parallel, one for young people who have experienced an ABI, and one for their parents/carers.

and they all link!

“Cognitive impairment is considered to be one of the most important factors affecting a person’s ability to participate in rehabilitation, function effectively in everyday life and return to participation in meaningful activities including work, social and leisure activities” (Ross et al. 2011).

Group based interventions in are common in adult neurorehabilitation, and have demonstrated success in:

“However, there is a seeming ‘gap’ in the research for group rehabilitation approaches for young people” (Patterson, Fleming and Doig, 2017).

“The literature indicates an unmet need in parents of children with ABI, for both informational and emotional support. The research shows that best outcomes are achieved when alongside child treatment there is psychoeducation, mental health support and parenting skills/behaviour management support for parents/carers” (Bennett, 2019).

The aim of our groups is to enhance the well-being of children and young people who have had an ABI, and to enable their parents to support them. ABI affects the whole family.   We hope very much to “Support the child by supporting the parent”

What happens in the group?

This group takes place within the Group Programme of the Health in Mind Service at Birmingham Children’s Hospital. It was developed in response to a high number of referrals for support for young people who were experiencing emotional, behavioural and social effects of an ABI.

The content of the group is guided by the Paediatric Neurocognitive Interventions Model (Limond, Adlam and Cormack, 2014) and INCOG (2014) Guidelines for Cognitive Rehabilitation Following Traumatic Brain Injury. Sessions include an exploration of issues including discussion, listening, watching movie clips, and play activities. Attendees are given tasks and activities to take away so they can practice new skills at home.

An important part of our group is to obtain feedback to continually improve what we do.

Here is what some young people and parents/carers have said about the group:   “This Group in much needed, I am so glad that I came” 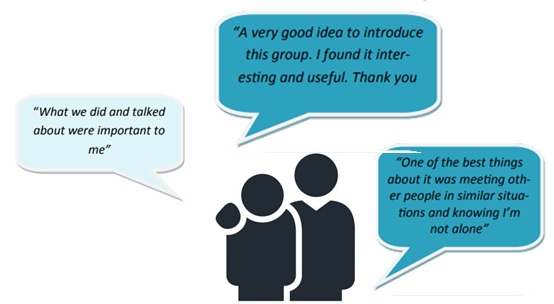 Our thanks to the team for allowing us to share this piece.