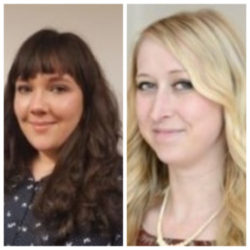 The Scottish Trauma Network (STN) is a nationwide endeavour to coordinate Scotland’s response to trauma. When fully launched, the network will work across five main facets of trauma care: prevention, pre-hospital, acute, rehabilitation and major incident planning. The aims of the network are encapsulated by their motto of ‘Saving Lives and Giving Life Back’.

Last month, health teams from all over Scotland came together to hear updates on the developing network at this year’s Scottish Trauma Network Conference. The Child Brain Injury Trust were very grateful to be invited to attend, exhibit and present at this fantastic conference. Our Scottish team, Beth Strachan (Lead ABI Coordinator, Edinburgh and the East of Scotland) and Jennifer Kane (ABI Coordinator, Glasgow and the West of Scotland) attended the two-day event.

The event was opened by Jeane Freeman MSP, Cabinet Secretary for Health and Sport, after which Dr Martin McKechnie, STN Clinical Lead provided insight into the vision for the STN. The crucial work of the pre-hospital teams and the vital work they do to get patients to hospital for further treatment was discussed.

Rehabilitation is a major focus of the STN and the pre-hospital team highlighted that rehab begins at the roadside, explaining they not only focus on keeping people alive, but also on maximising the potential for rehabilitation. The afternoon focussed on teamwork- we learned about the ‘Symphony of Trauma’ and the need for dynamic teamwork in trauma. Following this, updates on each of the Scottish Major Trauma Centres were given. The North of Scotland and East of Scotland centres spoke of their experiences since ‘going live’ as Major Trauma Centres, while the West of Scotland and South East of Scotland centres spoke of the exciting developments in their preparations to launch.

The second day of the conference focussed on major incident planning. The importance of offering psychosocial care for casualties was discussed. Naomi Davis from Royal Manchester Children’s Hospital spoke of developments in Paediatric services two years on from the Manchester Arena Attack. Learning of Manchester’s short- and long-term response to the attack was powerful and inspiring. Workshops delivered throughout the second day had a particular paediatric focus. Teams from the Royal Hospital for Children in Glasgow and Royal Aberdeen Children’s Hospital presented on the multidisciplinary teamwork that goes into neurorehabilitation following acquired brain injury. In addition to the wonderful talks and workshops held throughout the event, there were poster presentations. Paediatric Trauma Coordinator Mark Lilley presented NHS Glasgow’s new ‘After Concussion Return to Normality’ (ACoRN) leaflet in a poster, as an organisation we are delighted to be included in this resource. Read more about ACoRN here 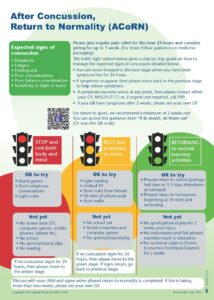 Our Scottish team left the conference having learned a lot and looking ahead to the exciting new opportunities presented by the Scottish Trauma Network.

We would like to thank the Scottish Acquired Brain Injury Network for this opportunity, and to all who organised such a fantastic event.