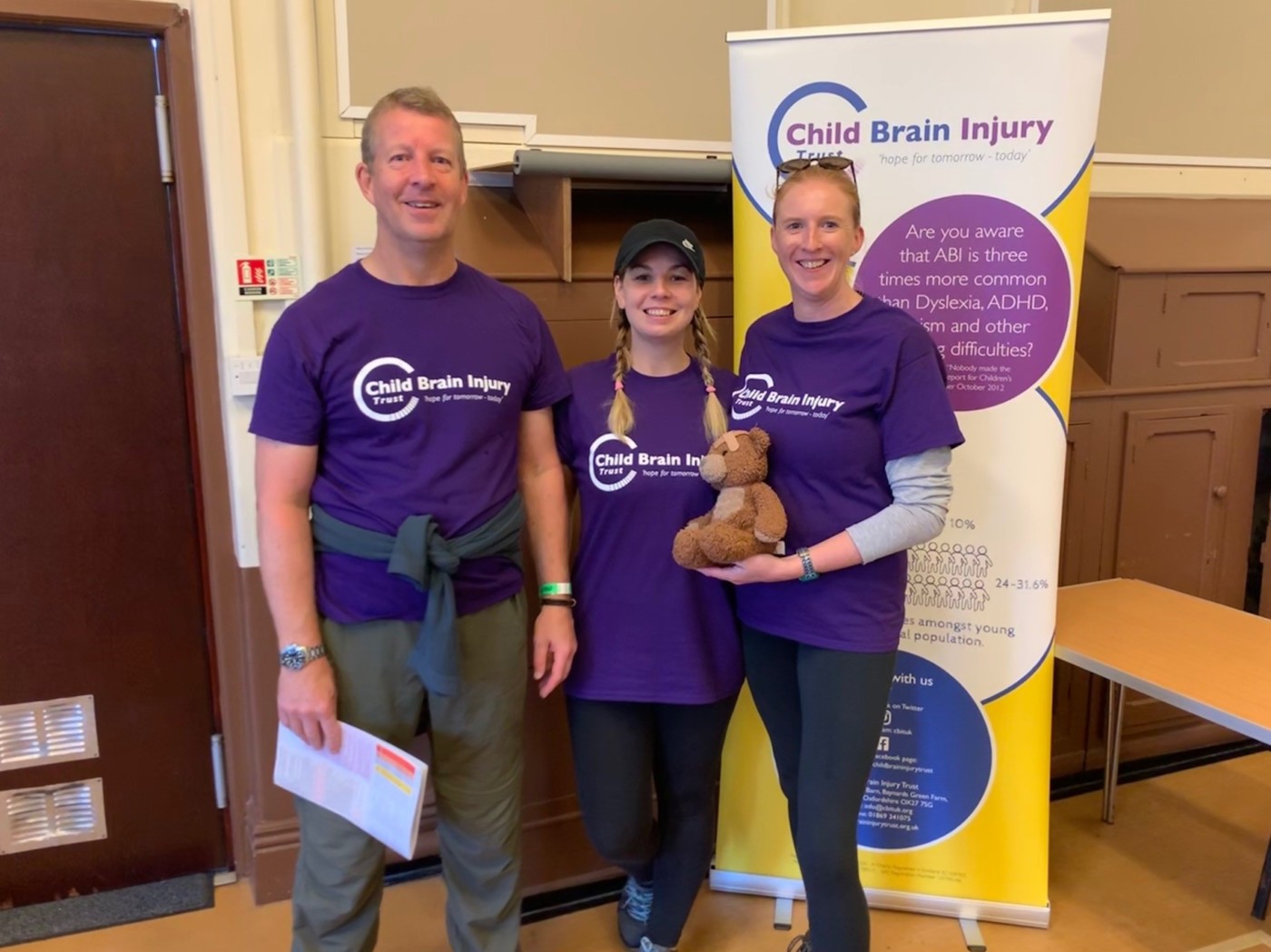 In June 2019, Luci Lloyd, Lianna Bradshaw and Mike Lloyd from Jane James & Associates signed up for the Peak District Challenge.  In this post they tell us all about the experience..

We chose the copper challenge, which was a 25km walk over the National Park, in order to raise money for the Child Brain Injury Trust. The walk was taking place on Saturday 21st September, so we set our fundraising target at £2,000 and set up a Just Giving page.

When signing up to the event, we had planned to get in some training in the months before. However, due to busy schedules it didn’t quite go to plan, and in early September we ended up doing only one 15km walk (which involved a two-hour stop at a pub for a two-course lunch). Nevertheless, we weren’t put off and we were all really looking forward to the challenge. 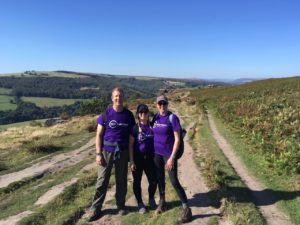 We arrived in the Peak District the night before, a little nervous but very excited. A lovely dinner was had followed by an early night, ready for the challenge. The weather forecast was looking good and when we arrived in the morning, the sun was shining with blue skies all around.

Prior to the walk we were given the opportunity to team up with a couple, David and Lindsey King, who were also taking part and they brought with them with their 9-month old daughter, Ada. Albie the teddy bear also joined with us, dutifully carried by Ada and David. After a quick briefing, we finally set off from Hathersage Village Hall at 09.30am.

The walk was flat to begin with, walking past Grindleford, alongside the River Derwent and through the woods to Baslow. The uphill climb then began as we ascended towards the Curbar and Frogatt Edges. It was a tough climb with a few stops on the way (including one for ice cream!) but when we reached the top, we were met with stunning views all around. The scenery was beautiful, and we stopped for a rest and to take some lovely photographs.

The walk then continued through Padley Gorge, Burbage Valley and up towards Millstone Edge and Mother Cap. It was then a long downhill stretch back to Hathersage, where we finally finished after 8 hours and 40 minutes. Our feet were sore and legs aching, but it was worth it when we knew we had raised vital funds for the Child Brain Injury Trust. 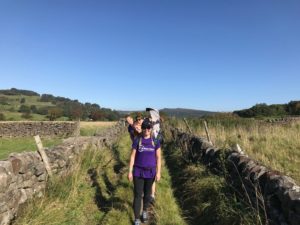 In the end, we raised an incredible £2,560 which was fantastic. We had a brilliant day and would highly recommend the event! We enjoyed it so much that we are hoping to enter again next year!