It was the 5th April 2005 I was 13 years old, I was staying over a friend’s house and we were walking from one friend’s house to get my other friend. On the way back we crossed over a busy road. 2 of my friends where ahead and 2 behind. I started walking across the road and then everything went dark. I was hit by a car going 40 mph and suffered a traumatic brain injury. I ended up with a fractured/shattered skull and a brain hemorrhage.

I was in a coma for a while and honestly, I don’t remember much from waking up.
I had to stay in the hospital for a while then once I was discharged, I had to go in every day for checkups for months. Then it became every other day and slowly started to be less and less appointments. I had MRI scan after MRI scan. I don’t have much memory from that year. My memory is actually better regarding things that happened before my accident than after. I can remember what I wore on my 9th birthday, but I can’t remember what I wore last week.

In that year I spent a lot of time in a wheelchair. I had to learn to walk, talk, eat, everything that people take for granted all over again. I felt like a different person. I started with a wheelchair then onto a Zimmer frame then crutches and finally just my legs. Taking those first steps out of the physio building I felt like I was a human again. It took me 2 years to start feeling human again. I was left with very damaged paraphile vision in both eyes, completely deaf in one ear and half deaf in the other. I have also struggled with memory Problems, Sequencing Problems, Reading, Balance, Headaches, Exhaustion, weakness on one side and my mental health. My mental health problems have included PTSD, Depression and Anxiety, Panic Attacks, confusion, impulsive, can’t focus, trouble with finding the words and the list seems endless. I can also never drive due to my vision problems. 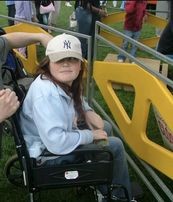 I didn’t go back to senior school full time, but I was always a bright child. I loved reading more than anyone I’ve ever met; I practically had a library in my bedroom. I was in the top set for everything and then suddenly, I couldn’t read. I was the bottom of my class, and I just couldn’t concentrate. I no longer enjoyed school. I went in for 2 hours 2 days a week and that was only to socialise as that’s what the Dr had said would be best for me.

I was extremely depressed and I felt broken. I felt like a burden to everyone as all they did was look after me.

The year after senior school had finished, I decided to take a leap. I had such a good support network of friends and family that helped push me in the right direction even though I didn’t make it easy for them. I started at college and ended up with a qualification in IT. From there I progressed in every way I could. I started working! I worked in Retail most of the time and then I decided to be a carer as I felt that I could empathise with people. Don’t get me wrong it was difficult, but I always tried to push myself. At one point in time, it felt like it was going to be impossible that I would lead a normal life and work, but I loved it. I also went back to college and got a qualification in Media and Animation. I did attempt 2 previous courses, but I couldn’t complete them due to my health. However, I carried on and I attempted it again and again until I could.

I struggled socially and I still do now to some degree. I found it difficult to make new friends, most of my friends are from before the accident because they knew the “old me”. Sometimes I have felt like some of my symptoms are too much for people so I back away before they can ask any questions. But there are people who I have met in this part of my life that have made my life so much easier and have made me believe in myself. It can be very difficult, but I have learnt that there are people out there that just accept you for you. I had boyfriends and a fun teenage life in the end I made a lot of friends that accepted me in my teenager years – they didn’t see me different from any other person, I was just me. I had a lot of support from those friends and boyfriends when I was younger which really helped me in my later years as they all gave me the confidence to push to be where I am today.

Sometimes you might feel alone but remember there are other people out there that are feeling exactly the same way and there are ways of reaching out to them (or charities such as CBIT) that will give you all the support you need. Also remember to not hide anything from your family even if you feel like you don’t want to talk to them about it, because they are always your biggest fan. They helped me more than I can ever explain. 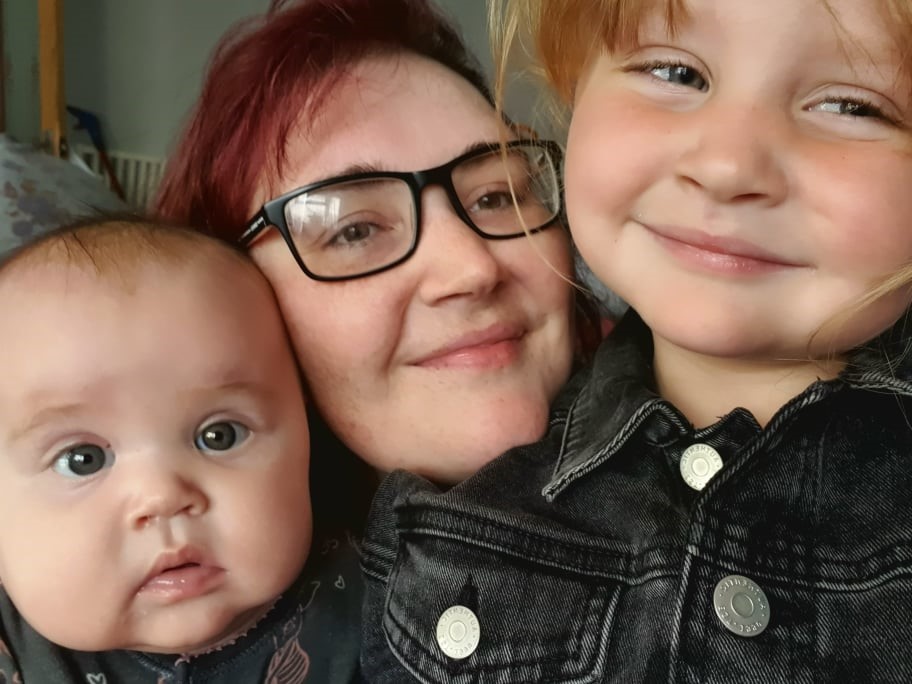 I thought that there wouldn’t be a future for me after I had the accident. I never believed I could be anything except someone that was broken. However, I am now 30 years old, I’m married and I have 2 beautiful children. I have qualifications and I have learnt that my disabilities aren’t who I am. It’s been 17 years and yes even till this day there are struggles but once you’re over the worst you learn to live with the results of the brain injury. It can make you stronger and more determined to achieve what you want to achieve. There is always a light at the end of the tunnel.

I learnt that the head injury isn’t who I am, the head injury is just a part of who I am and has made me who I am today. I am so proud of how far I have come. I honestly used to believe a head injury was a death sentence when it actually just gives you another perspective on life. We may have to fight harder to do “normal” things but that helps us appreciate the small things. I no longer let it control my life.

I would like to thank CBIT for all the support to me and my family at the time of the accident. They helped my school understand the impact of the head injury which meant I was understood more. They also helped my family understand about what I was going through which not only helped them to support me but helped them understand other people in similar situations. My family are all very caring and understanding towards people that have been there. They are an amazing charity and I wish they were wider known as there are so many people that could benefit from their support.

My mum spoke at one of the Child Brain Injury Trust’s events when I was younger. She spoke about the impact brain injury can have on families and on their mental health. Going to that event and meeting other people in similar situations made me feel like I wasn’t alone. I honestly believe they helped me progress and feel like a normal child again and I can never say thank you enough.