Lewis – My Journey so far…. 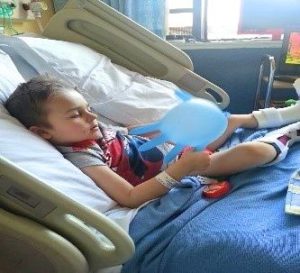 Lewis was 4 when he acquired his brain injury, he had initially what his parents thought was an ear infection after spending the weekend at his Nannie’s house.

After a course of antibiotics from the doctors, he seemed to pick up over the next few days – but the symptoms came back.  Over the next three weeks, Lewis became extremely lethargic, developed sickness, a slight fever and headaches; he became pale and started to lose weight. Doctors were adamant that it was a viral infection- but deep-down Mum says she knew there was more to it. On the last visit, the doctor recommended Lewis go to hospital as soon as possible.  They kept him in overnight for observation, he then became unresponsive.

The next few days brought more tests to find the cause of his illness, then Lewis started to have seizures.  Following an MRI Scan, it was confirmed he had a severe case of A.D.E.M Acute Disseminated Encephalitis.

Lewis was kept in a Pediatric Intensive Care Unit for five days where he was given the care he needed to support his severe brain injury.  He then transferred to the neurology ward at Queens Medical Centre Hospital for recovery and rehabilitation.  Mum tell us that he “just did not seem like my boy anymore. He was completely different when he woke up. For the first few days he couldn’t remember any of us, he just turned his back and ignored us all”.

He had intense rehabilitation including physiotherapy, occupational therapy.  Lewis had to learn how to  re-learn his main functioning skills again – how to walk, talk, eat, drink, and speak.  After seven weeks in hospital Lewis went home to continue his recovery, after a few months he was walking and running around again.  But encephalitis and ABI had completely changed him.  A repeat scan in 2016 showed the extent of his injury – a lot of scarring, white matter and injury in the parietal lobe, temporal lobe and the cerebellum. 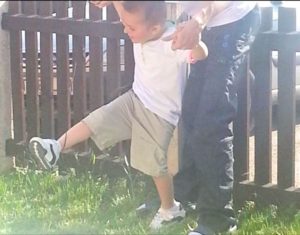 Lewis faces difficulties due to his ABI every day which include difficulty with impulse control, recognising dangers, controlling anger and emotions. Additionally concentration and attention are also difficult for Lewis to maintain. Lewis is currently on a reduced school timetable to help him to manage.

Lewis and Mum first met with the charity in April 2016 and have been supported by the charity for the last 3 years.   The Child Brain Injury Trust has attended school meetings  to provide learning and information to the school team, written letters of support to help with housing issues and to help with additional benefit support. The regional Coordinator has provided access to funding and grants. The charity has supported with face to face meetings and provided remote telephone support.  Providing a listening ear and advise over the phone for the family when needed.  The family attended family days organised by the regional coordinator.  Mum is an active member of the social media peer groups where she finds comfort, advice and support from others going through similar situations.  She regularly attends our East Midlands Support Hub where she finds support and comfort in chatting to someone who understands as well as meeting other families in her locality. 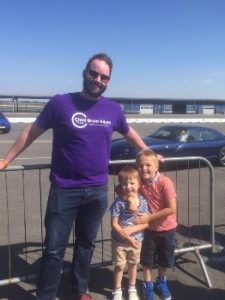 Lewis has a large team of professionals in place to support him moving forward. This came after a long fight by Mum to get the right services in place. He is now under a Camhs specialist and is being assessed for an EHCP.   Lewis has lots of challenges still to face in his ABI journey. 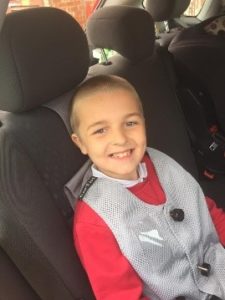 Mum hopes that her story may help and inspire others not to give up and to keep fighting.   Mum tells us that even though every day is a constant battle – not to give up hope.  Writing her story helps her to remember how far he has already come and every day is a different day.   Mum says that the Child Brain Injury Trust is always there to help, support and advise when they need it, and this makes a huge difference to them, and that for Lewis, this is just his story so far…….