Key Figures in the 30 years of CBIT

We have selected 10 key figures who have had a huge influence and impact on the Child Brain Injury Trust over the last 30 years.

The Child Brain Injury Trust simply would not be where it is today without all of these key figures.

We will be shining the light on one key figure each month for the next ten months.

Next up is Lisa Turan – CBIT’s Current CEO! 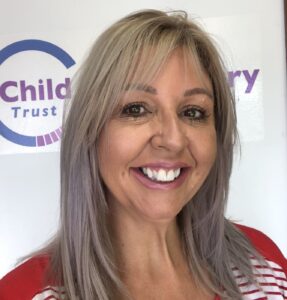 I am delighted and proud to support the Child Brain Injury Trust’s 30th anniversary celebrations.  It’s a privilege to lead the team and to create a vision where families affected by acquired brain injury are able to access the information and support to help them reach their potential.

I was appointed CEO in 2003 and ever since that day I have strived to create an organisation that truly provides the best possible support for the whole family so that they are able to live their lives confidently knowing that the charity is there for them when they need it.  From small beginnings CBIT is now the leading charity in the UK providing non clinical support to the whole family and I would like to think that I have created a vision that continues to evolve, is relevant and provides opportunities for families wherever they live or wherever they are in their journey.

It’s amazing to see the developments the charity has made throughout my time as CEO. The team we have built are as  passionate as I am about our work and share the same values which drives the charity forward. The creativity, commitment and loyalty along with their expertise, empathy and compassion reflects how we  work together and with families.  Values are key to the success of all we have achieved and provide the motivation for us to achieve more.

Prior to leading CBIT, I worked with young entrepreneurs helping them secure funding to start up and succeed and developing a mentoring programme to support them.  I led a women’s entrepreneur programme for 5 years helping 10,000 women start businesses in the UK and Europe .  It was a challenge but thoroughly enjoyable and gave me a passion for strategic values driven leadership.  Something that continues to be a passion of mine and one that I am keen to drive forwards.

I have had the honour of overseeing and directing the growth of the charity for the past 18 years and there has been many proud moments.  From seeing families progress to have successful lives, to  our support and information models evolving to one that now provides support at the early stages, working with clinical teams across many major trauma centres, to our ground breaking app CBIT in Hand, counselling service, social hubs utilising social media, our successful legal support service and our joint venture with Bush and Co – Child Brain Injury Rehabilitation Service , all of which provide inclusive support and enable the charity to reach families far and wide. The information and learning opportunities have created ‘brain injury aware communities’ from educators to litigators, therapists to practitioners.

It would be remiss of me not to mention how the last 30 years of the Child Brain Injury Trust has transformed the landscape for families who find themselves in the world of childhood acquired brain injury.  Many services have developed and there is better knowledge of brain injury now.  However there is still much to do and my hope is that our charity will continue to set the pace and lead the way to ensure lives of families are less stressful and more understood.  We celebrate our 30th anniversary with pride and know we have made a difference to thousands of families, but we know without developing further families will continue to fall through the gaps and suffer because of it.  Our supporters and funders provide the income that is absolutely vital to the ongoing work we do and we couldn’t have achieved the success of the last 30 years without them.  Therefore the ‘business of charity’ is vital to survival and we need to focus on creating a leaner, smarter  more agile charity to take us into the next 30 years.  This will mean greater access and impact for families and a secure future for the Child Brain Injury Trust.

Congratulations to everyone past and present who have given their time, money and energy into creating a truly wonderful and creative charity, changing lives and bringing hope to families . 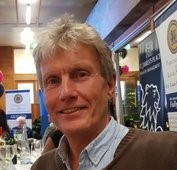 I was the CEO of CBIT for two years between 2001 and 2003. Prior to working for CBIT I had worked for Save the Children Fund UK and I left CBIT to take up a post in Ethiopia. Fifteen years later I returned to the UK, via stints in Tanzania, Costa Rica and Canada to take up the post of CEO for Leicestershire Cares.

For me CBIT was and still is a much needed organisation, that “punches beyond its weight” as it seeks to support brain injured children, young people and their families. Sadly, all too often their needs are overlooked and misunderstood, so the support, information and awareness raising CBIT provides is a lifeline and game changer.

At the time I worked for CBIT we won funding for our Action for Change project, which sought to develop and deliver a range of innovative initiatives across the UK. We were  keen to step up our UK presence and to have a regional footprint in England. We also championed the rights of children with ABI on the NICE head injury group, produced a training pack and video for families explaining how acquired brain injury affects children and ran specialist support for the siblings of children with ABI. When I left, we had a firm financial foundation an embryonic UK reach and a more child centred approach to our work.

As I look at the work of CBIT today, I can see Lisa and the team have taken all this work forward and grown the charity into a creative, robust and much needed organisation that continues to deliver essential services and support to children, young people and families.

If you asked me what CBIT stands for I would say “it turns despair into hope” and shows what can be achieved when people work together to support those who are in danger of being left behind. On their 30th Anniversary, I can only offer a very big well done and I know the much needed work will continue. Times might be tough but CBIT is tougher. 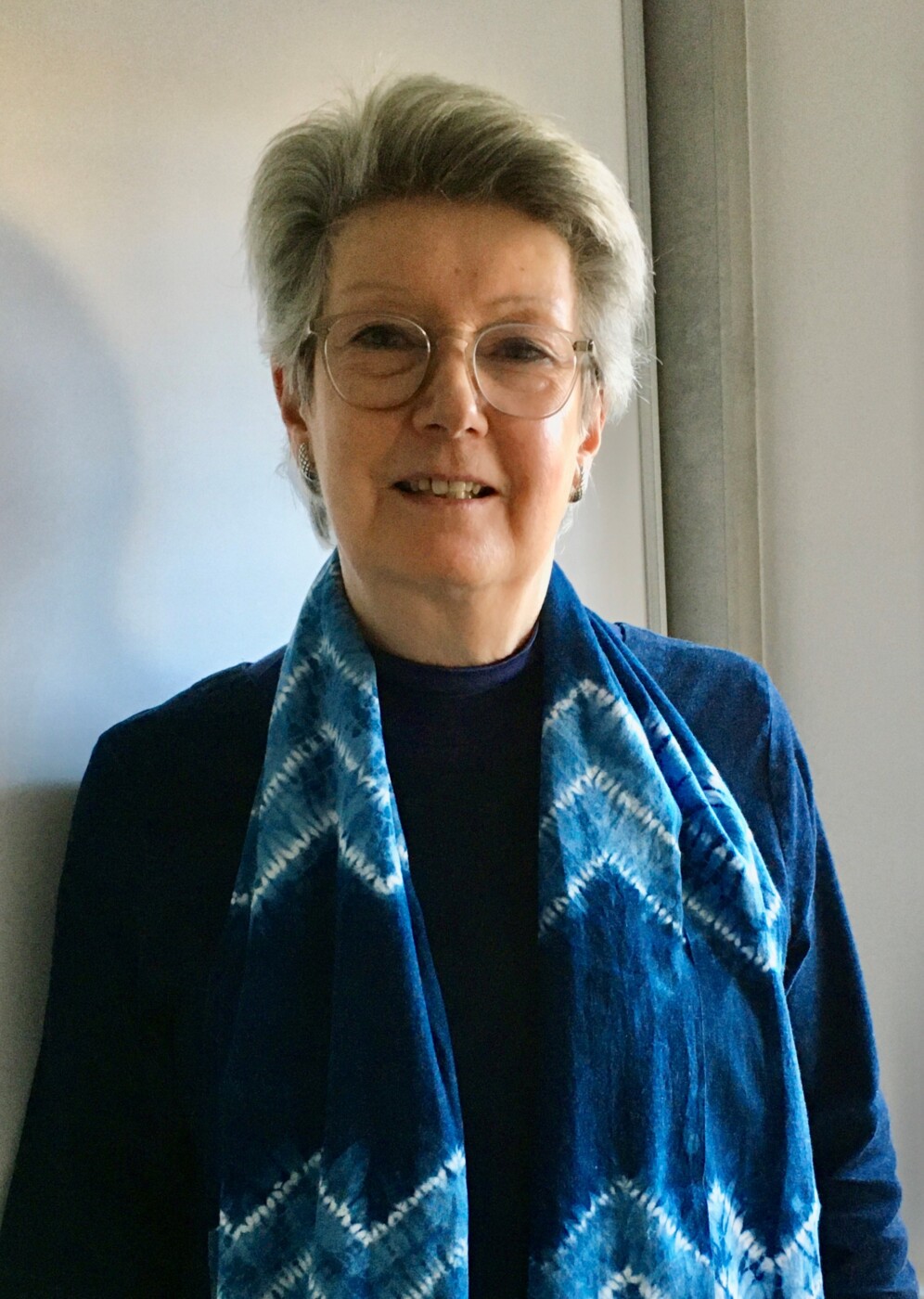 I’m Judith Middleton and from 1986 I worked as a Clinical Psychologist specialising in child neuropsychology until my retirement in 2006. From 1986 to 1992 I was at Tadworth Court Children’s hospital in Surrey, now the Children’s Trust. There I helped set up the first rehabilitation centre dedicated to children with very severe head injuries and acquired brain injury and was programme director, then moving to the Radcliffe Infirmary in Oxford in 1992 where I continued my work in paediatric clinical neuropsychology. In addition to clinical work, I lectured across the UK in this area, and during that time I was also involved in advising and setting up training for clinical psychologists in paediatric clinical neuropsychology for the British Psychological Society.

It was during my time at Tadworth that David Johnson, Principal Clinical Psychologist and David Utley, Consultant Neurosurgeon both at the Atkinson Morley Hospital, Wimbledon, together with Peter Hill, Consultant Child Psychiatrist and David Hall, Consultant Paediatrician both at St. George’s Hospital, Tooting, came together to discuss setting up the Child Head Injury Trust (CHIT). I was also part of those meetings along with Mrs. Utley who was an accountant and helped in the legal aspects of the Trust. The aim of CHIT was to promote research into children’s head injury. However, by the beginning of the 1990s a number of concerned parents expressed their wish to join us and redirect the aim of CHIT towards supporting children and their families, and to expand the remit to include all children with acquired brain injury and not just head injury.

From the very beginning of working at Tadworth, I was struck by the lack of knowledge about children with acquired brain injury (ABI) and this extended to the complex and often profound effects of mild to moderate injuries, often with lifelong consequences. Children with milder injuries rarely came to specialist rehabilitation units, but were returned to their schools who often had little knowledge or expertise in understanding the children’s problems. In the late 1980s with Michael Berger, Consultant Clinical Psychologist at St. George’s Hospital and I wrote a guide for schools about children’s head injury for the charity.

When CBIT was formed I became a member of the Board of Trustees. The Trust was initially located at the Atkinson Morley Hospital and then at the Radcliffe Infirmary. At around 1996 I stepped down as Trustee but returned in 2002 and became Chair of Trustees from 2003 to 2013. I have continued to support the Trust since then.

During my time as Chair, I saw the Trust grow, and the beginnings of co-ordinated support for children with ABI and families. The appointment of Lisa Turan as chief executive during my watch was fundamental to creating change, as she had the drive, practicality and vision to recruit and lead an ever growing team to expand the Trust’s work. The telephone help line, the education programme first for schools, later for youth offending teams and then further afield were real achievements and brought focus to the long term effects of ABI to a wide network, slowly informing people that a head injury was more than “just a bang on the head” but had complex and profound consequences.

Other critical areas of work which were developed while I was chair were the legal support to families and the information service for children, families and professionals. We also began to develop information about children’s subjective experience of ABI, giving children a voice along with that of their parents; and also supported siblings who can so often be forgotten when the focus is on the injured child. It was also important during this time to begin to expand the direct support service to other parts of the country and I am delighted to see that there are now CBIT  ABI co-ordinators working widely across the UK, giving support and information.

CBIT has, right from the beginning, stood to support children and families to help reorganise their lives so they can achieve as full a life as possible following a catastrophic event – sometimes a mere second changing lives forever – and develop their full potential. All this, although happening while I was chair, was really the vision and work of the dedicated team, and I was just happy to encourage and support their work.

The Board of Trustees which we built up comprised both leading clinicians in various fields, personal injury lawyers and business men and women who together supported the work of the Trust. I am enormously proud to have been involved with the team then, and continue to support their work now. I am now retired and find my life just as busy, painting, working in glass and writing, walking etc. as well as all the other pleasurable and leisurely pursuits of the over 70s !

My hope for families where a child has had an ABI is that with support, planning and care, parents and all their children, the one with ABI and their siblings, are able to return to the life they had before; or, where that is not possible, find support and strategies which can lead to a new direction bringing fulfilment and happiness.