I am delighted to be supporting the Child Brain Injury Trust during its action for brain injury week campaign to raise awareness about childhood acquired brain injury (ABI). This year they are celebrating ‘Unsung Heroes’- the parents, siblings, carers, teachers who are doing what they can to make life a little bit easier for children with acquired brain injury. 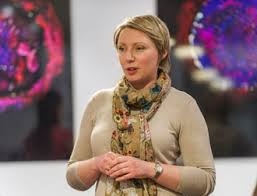 A literature review by Birmingham University on maturity and criminal justice in 2011 [/fusion_builder_column][fusion_builder_column type=”1_1″ background_position=”left top” background_color=”” border_size=”” border_color=”” border_style=”solid” spacing=”yes” background_image=”” background_repeat=”no-repeat” padding=”” margin_top=”0px” margin_bottom=”0px” class=”” id=”” animation_type=”” animation_speed=”0.3″ animation_direction=”left” hide_on_mobile=”no” center_content=”no” min_height=”none”][1] found that temperance and impulse control, located in the frontal lobes, are among the last areas of the brain to develop fully. Development of this area can be as late as the mid twenties.

An injury in childhood, adolescence, or young adulthood to the developing brain, may mean that parts of the brain may never fully evolve or may ‘misfire’. Skills that are being developed at the time of the injury are the most vulnerable to being disrupted [2].

Unsurprisingly, many of the clients we work with in the child brain injury team at Bolt Burdon Kemp have behaviour problems such as conduct disorders, attention problems, increased aggression, and impulse control problems as a result of an acquired brain injury (ABI).

[fusion_title size=”2″]Unsung Hero[/fusion_title]
In thinking about the Child Brain Injury Trust’s theme for this year, one parent in particular springs to mind for me. I will call this parent Kate to preserve her anonymity. Kate is a single parent and the mother of Bradley (not his real name). Bradley suffered a moderately severe traumatic brain injury in a road accident. His injuries were as follows:

Bradley has now been assessed by a number of experts as part of the compensation claim. The expert neuropsychologist concluded that as a consequence of his brain injuries, Bradley had problems with anger, poor regulation of emotion, irritability, destructive outbursts, poor impulse control, and a lack of understanding of the consequences of his behaviour; typical symptoms following an ABI.

Bradley and his mother had been close prior to the accident, however, since the accident Bradley has become increasingly defiant and his mother has struggled to manage his behaviour. Kate feels upset because Bradley no longer talks to her; he simply uses the house like a hotel and treats her with contempt.

Kate has tried different types of punishment and reward regimes, but nothing has worked. Bradley has recently started to hang-around with a group of children who engage in anti-social behaviour and consequently he has started to get into trouble with the police. He has stolen money from Kate on more than one occasion, and has destroyed items within the home during fits of rage. Kate has tried her best to keep Bradley out of trouble, even locking the door so that he cannot get out of the house, but he simply jumps out of windows.

Everyone involved in Bradley’s care is very concerned about what will happen. Bradley has been given an Anti-Social Behaviour Order (ASBO) and is currently being prosecuted for theft. The police visits to the house are becoming more frequent and the reasons for their visits are becoming more serious. Kate is worried that Bradley is heading for a life of crime.
After Bradley was injured, he spent a number of weeks in hospital where is received excellent care, however, following his discharge from hospital he received hardly any follow-up treatment for his ongoing symptoms. Kate sought help from Bradley’s GP; however, she was informed that there was no help available. As a result, his symptoms largely went untreated which resulted in deterioration in his behaviour.

As Bradley’s solicitor, in his claim for compensation, I have arranged from him to receive treatment with a number of professionals, however, due to the time that has passed since the injury occurred, they are struggling to get Bradley to engage.

The medical experts in the case agree that Bradley’s behaviour problems are caused by the brain injuries, however, this has not been taken into account in relation to his dealings with the criminal justice system.

Professor Huw Williams of Exeter University examined the connection between “the silent epidemic” of brain injury among young people and crime [2]. In his report, Professor Williams explains the connection between ABI and increased contact between children, young people and young adults with criminal justice processes, with a particular focus on the impact of ABI upon developmental maturity.

“The young brain, being a work in progress, is prone to “risk taking” and so is more vulnerable to getting injured in the first place, and to suffer subtle to more severe problems in attention, concentration and managing one’s mood and behaviour “
He went on to say that brain injury has been shown to be a condition that may increase the risk of offending, and it is a strong marker for other key factors that indicate risk for offending”.

The report makes clear recommendations for service commissioners and providers in the health and criminal justice sectors as to how they should work together to respond appropriately, ensuring that ABI is picked up early, treated effectively and taken into account throughout the criminal justice system.

There is no doubt in my mind that Kate is an unsung hero. No matter what Bradley does, she continues to love and support him, even though at times she has been pushed to breaking point due to his behaviour.

By virtue of the litigation claims process, Bradley is now receiving rehabilitation to help him understand and cope with the consequences of his the brain injury. Kate is also receiving much needed support and guidance on how to manage Bradley’s behaviour. Had Bradley received this treatment and support at an earlier stage, his behaviour may not have reached such critical levels.

In my experience, the NHS is very effective at saving lives after brain injury, however, more needs to be done in relation to follow-up treatment and support to ensure the best possible outcome for children with ABI.

I am a Partner at Bolt Burdon Kemp Solicitors specialising in Child Brain Injury claims. If your child has suffered a brain injury in an accident, contact me free of charge and in confidence on 020 7288 4854 or at cherylabrahams@boltburdonkemp.co.uk for specialist legal advice.