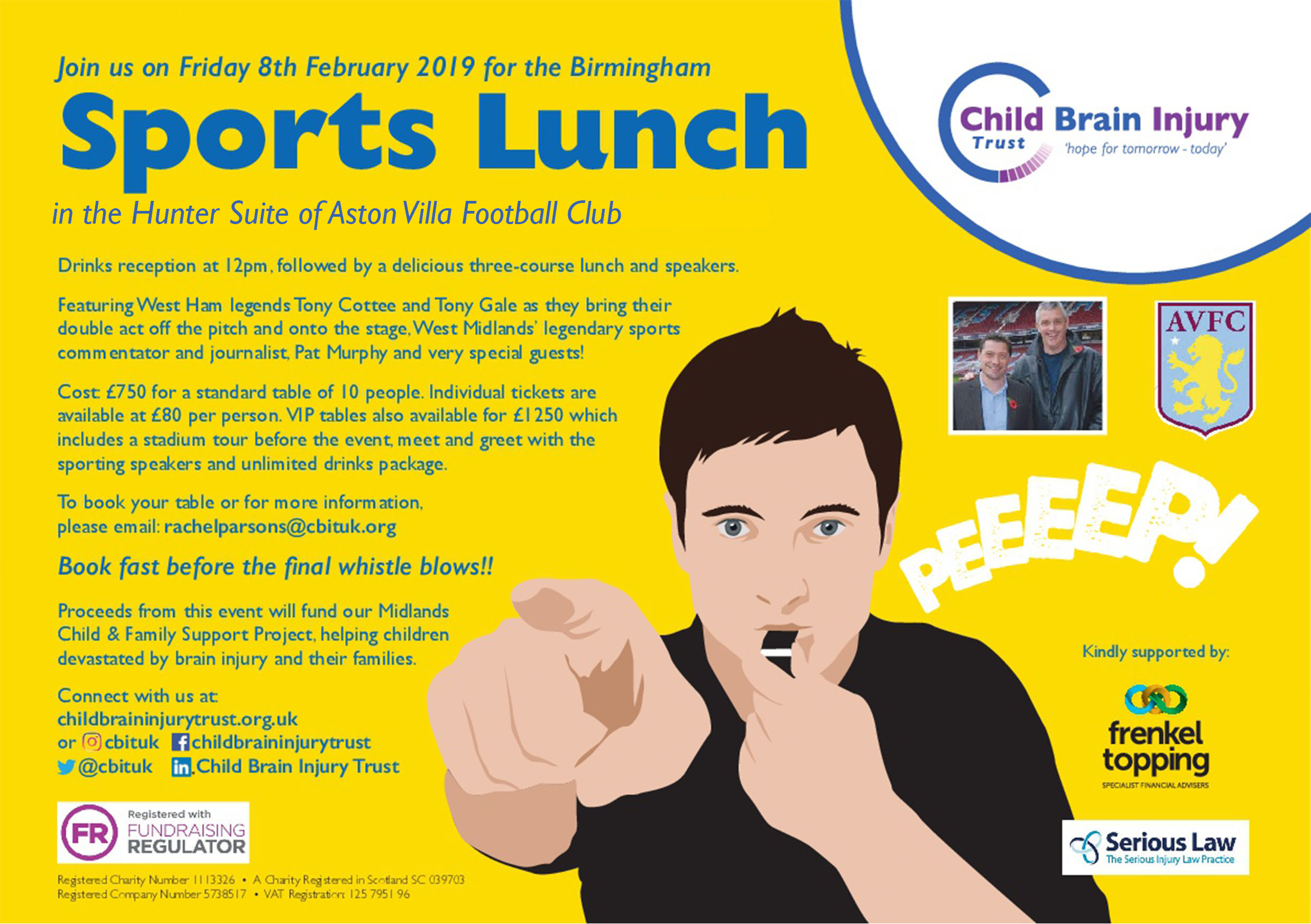 Add to your calendar

Please scroll to the bottom to book your table!

Just confirmed!!  Legendary comedian Stan Boardman will be joining us on the day for some quick comedy to warm us all up before the sporting legends!

We are delighted to announce Tony Cottee and Tony Gale, former West Ham legends will be joining us for our Sports Lunch as they bring their double act off the pitch and onto the stage! Both players were part of the team known collectively as ‘The Boys of 86’ where West Ham United had a legendary year.  Tony Cottee in that season alone scored 20 league goals whilst Tony Gale said of that famous season “I will never forget those days as long as I live. That was a dream team….wonderful to play in and wonderful to watch”.

Hear them share amazing stories of their footballing days as well as their more recent encounters as pundits for Sky Sports.

Keeping everyone in order for the day will be West Midlands’ very own sporting legend, Pat Murphy!

Pat has more than forty years’ worth of experience reporting on news and sport for both radio and TV for the BBC.  Having written and published over forty books on sporting legends such as Ian Botham and Brian Clough – and collaborated with the likes of Alec Stewart, Andrew Flintoff, Viv Richards, Imran Khan, Graham Gooch, to name but a few, Pat is also a popular, hugely respected author in the realm of ghost writing.  Acknowledged as one of the foremost sports reporters, covering mainly football and cricket, Pat remains an integral part of football reporting every Saturday on BBC Radio 5 Live.

Pat’s insight into football and cricket, has given him both access to the corridors of sporting power and also the respect of his peers for his trenchant, uncompromising opinions.  Pat never sits on the fence and we are delighted to have Pat on board to support this new event.

Please book your table below to play a part in this fantastic new event.

Charlie Fogarty MBE – Anything is Possible.

Charlie Fogarty, from Solihull, suffered a severe brain injury after being hit by an overtaking car whilst crossing the road. Following the accident Charlie was rushed to Birmingham Children’s hospital, placed in an induced coma and spent 11 uncertain days in intensive care. He then was transferred on to a Neuro ward where he spent the next four months in the early stages of recovery. Charlie completed a six month rehabilitation programme where he learned to eat, walk and talk all over again. He finally returned home in February 2013.

Shortly before the accident Charlie had finished a four year contract at Birmingham City FC’s Academy and was trialling for Milton Keynes Dons.

Charlie started playing football for the West Midlands Centre of Excellence Cerebral Palsy team in July 2013 and was selected for the Northern Ireland CP team in January 2015. Charlie has since travelled to Denmark to play in the Intercontinental CP Championships and has also played in St George’s Park in the CP World Cup.

Please book your table below to play a part in this fantastic new event.

***If you want to carry on networking for a little ‘extra time’, there is a private area reserved back at Utopia from 5pm.

This event has been kindly sponsored by Serious Law and Frenkel Topping:

Sorry, bookings are closed for this event.