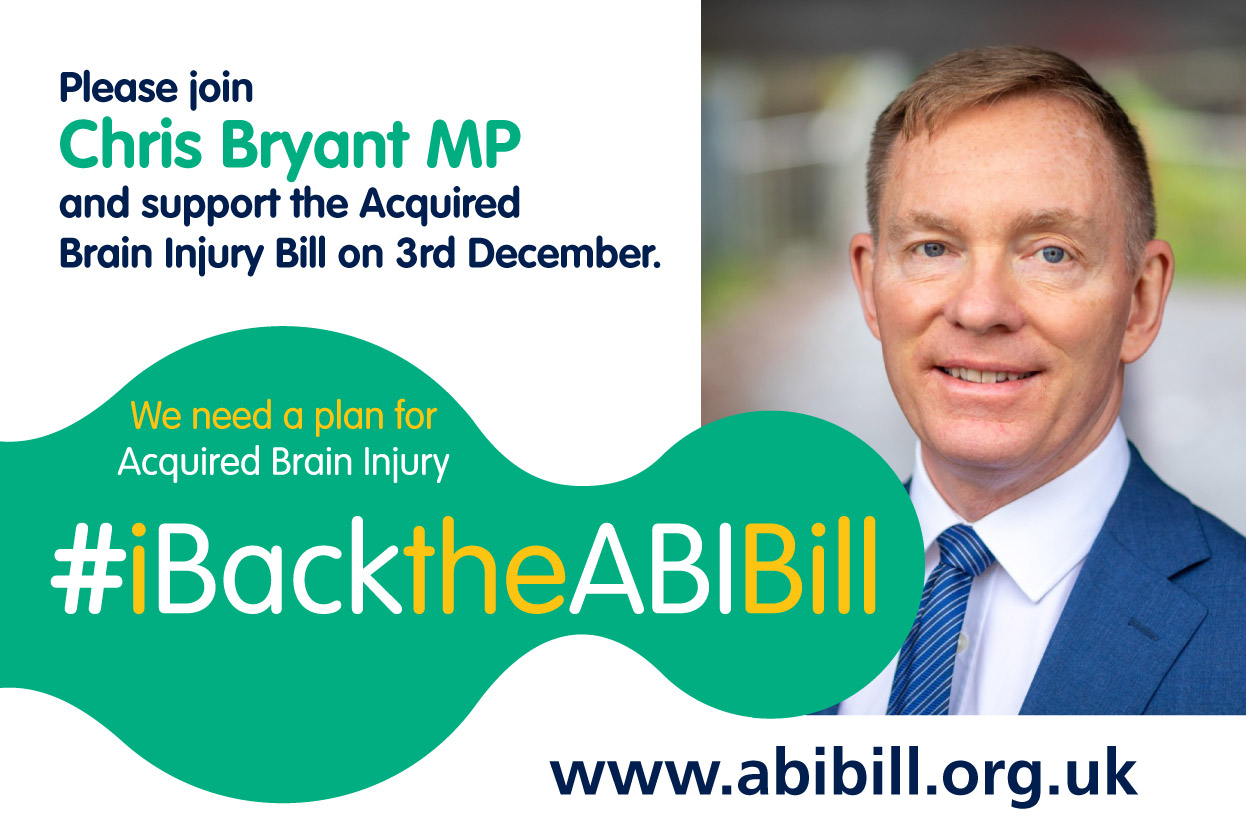 Tomorrow (Friday 3rd December) sees the second reading of a ground-breaking Private Members Bill brought to the House of Commons by Chris Bryant MP, that calls upon the government to address Acquired Brain Injury (ABI).

The Bill, backed by leading children’s and young persons ABI charity, the Child Brain Injury Trust as well as other supporting organisations demands that the Government prepare and publish a strategy that thoroughly tackles Acquired Brain Injury.

So far, more than 200 MPs, ABI charities, ABI survivors and other providers have signed a letter to the Prime Minister urging him to support Chris Bryant’s Acquired Brain Injury Private Members Bill.

The ABI Bill will have a huge impact on the lives of thousands of children, adults and their families. This hidden disability cannot be forgotten. The families cannot be forgotten. The support is needed and as a charity supporting thousands of children with ABI, we hope the government listens and takes action now, as we fully support the ABI Bill.

Chris Bryant MP, Chair of the All-party Parliamentary Group for Acquired Brain Injury and Labour MP for the Rhondda said:

We need to give people back their quality of life after they have had an acquired brain injury. It affects more than one million people in this country and the government must have a plan to ensure every child and adult is properly supported.

Acquired Brain Injury is a leading cause of death and disability affecting over 1.3 million people and costing £15 billion to the UK economy each year. It is an issue for all government departments covering Health and Social Care; Work and Pensions; Education; and Digital, Culture, Media & Sport; and the Ministries of Justice, Defence, Housing Communities and Local Government.